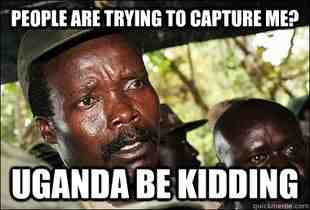 In 2011 Dave Fuller, owner of Ave Maria, visited Northern Uganda with NUDF. He saw many things that affected him deeply and he wrote about his Northern Uganda experience:

“One day, while travelling to see a village where NUDF was going to put a well, we drove through some thick bush and down a one track mud trail to a remote site where hundreds of people were waiting for us. It seemed like an overgrown  jungle; there were tall trees and foliage everywhere.  The community had gathered at the request of the local politician and was waiting to hear the announcement that NUDF was going to install a well which would make the travel for clean fresh water many kilometers shorter.  While it seemed that this village in particular was quite disorganized compared to other groups we had met, something else was strangely different.  When I mentioned this back in the truck with the politician, she informed me that this was the result of the displacement camps.  “You see, Joseph Kony’s troops have been in this area for many years stealing children, shooting people, and causing fear. As a result many people have moved to the displacement camps for safety.  21 years in these camps have robbed these people of the skills to live back in their old community” she explained. They were disorganized, unsure and unhappy.  How grateful they were for the new well that NUDF was going to put in! To reduce the traveling distance to other sources would keep many women and children safer, not only from Kony but also from many water-born illnesses. I wondered what my life would be like if Joseph Kony took one of my children to be his child soldier…. How lucky we are that we neither have to worry about our children being stolen or the safety of the water which they drink (straight from our taps)!” – Dave Fuller.